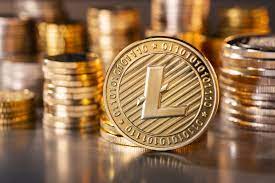 Litecoin (LTC or Ł) is a peer-to-peer cryptocurrency and open-source software project released under the MIT/X11 license. The crypto was an early bitcoin spinoff or altcoin, starting in October 2011. In technical details, Litecoin is nearly identical to Bitcoin.

Litecoin is different in some ways from Bitcoin:

Due to Litecoin’s use of the script algorithm, FPGA and ASIC devices made for mining Litecoin are more complicated to create and more expensive to produce than they are for Bitcoin, which uses SHA-256.

Behind Bitcoin, Litecoin is the second most popular pure cryptocurrency. The attributed success is due to its simplicity and clear utility benefits.

As of January 2021, Litecoin is one of the widest cryptocurrencies. Also, more than 2,000 merchants and stores now accept LTC across the globe.

Its main benefit comes from its speed and cost-effectiveness. The confirmation of Litecoin transactions are typically in just minutes, and transaction fees are nearly negligible. This makes it an attractive alternative to Bitcoin in developing countries, where transaction fees may be the deciding factor on which cryptocurrency to support.

In late 2020, Litecoin also saw the release of the MimbleWimble (MW) test net, which is used to test Mimblewimble-based confidential transactions on Litecoin. Once this feature is available on the main net, Litecoin users will also benefit from greatly enhanced privacy and fungibility.