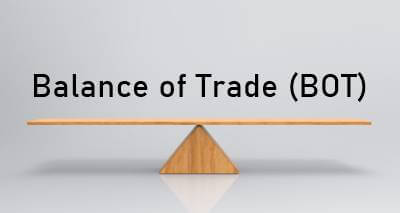 What is the Balance of Trade?

The Balance of Trade shows whether the country had achieved to sell locally produced goods and services to foreign countries (export) more than it bought products from abroad (import) in the focused period. Therefore, BoT is the main economic indicator of a country’s international commerce activities and economic growth. When the total value of exports is higher than imports, the Balance of Trade is positive and yields a trade surplus. A trade surplus means that the country made profits from international trade. The government can use this extra budget to increase either local investments to enhance the standard of living, or foreign investments to create new income sources for the country.

The formula for calculating trade balance is as follows:

Country X is a reputed player in the rubber products industry, owing to the climate that accentuates rubber cultivation. It also has a majority share in its export portfolio.

The political and business leaders focus heavily on the same and ensure more rubber exports in the future. However, this has led to jeopardized attention to food grains cultivation. This was observed from the high import value in the balance of trade figures of the particular year.

As such, it becomes imperative to the policymakers that it’s good to focus largely on the main profit centres. However, not at the cost of the very necessities left untouched. This can result in costlier imports. Moreover, the BOT data also reflects how effectively a nation has been using its key factors of production in the past and depicts the outlook a nation is heading forthwith.