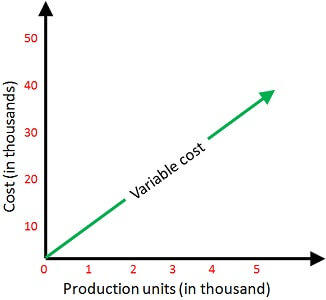 A variable cost is a corporate expense that changes in proportion to how much a company produces or sells. Variable costs increase or decrease depending on a company’s production or sales volume—they rise as production increases and fall as production decreases.

Examples of variable costs include a manufacturing company’s costs of raw materials and packaging—or a retail company’s credit card transaction fees or shipping expenses, which rise or fall with sales. A variable cost can contrast with a fixed cost.

The Most Common Variable Costs

Essentially, if a cost varies depending on the volume of activity, it is a variable.

Firstly, you may calculate the costs by multiplying the quantity of output by the variable cost per unit of output. This calculation is simple and does not take into account any other costs such as labor or raw materials.