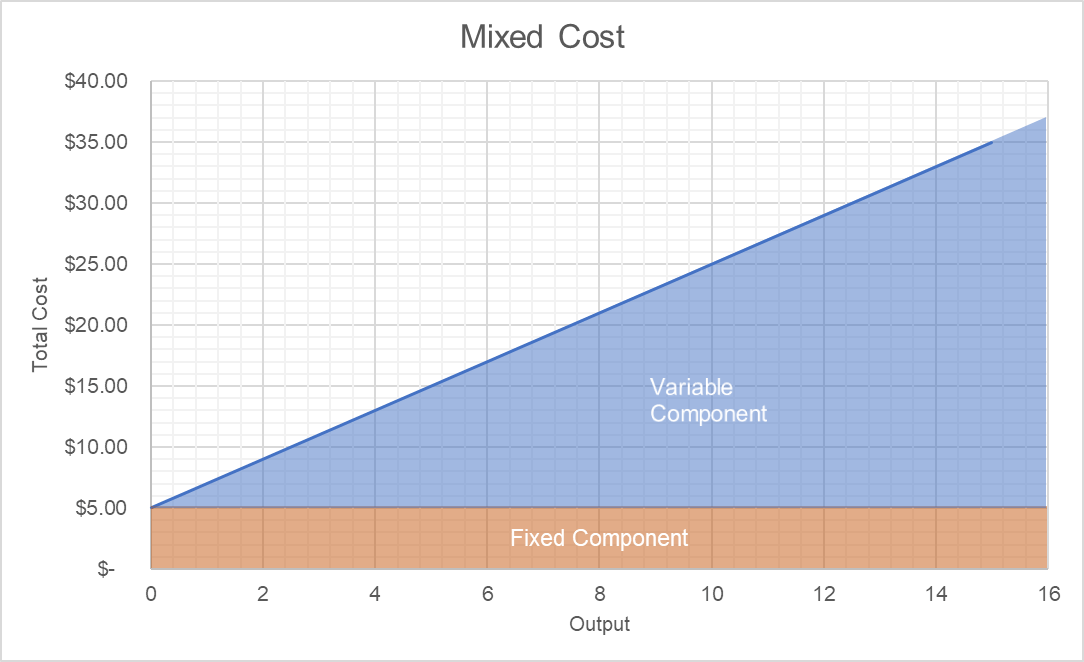 b = Variable cost per unit of activity

x = Number of units of activity

Mixed costs are common in a corporation, since many departments require a certain amount of baseline fixed costs to support any activities at all, and also incur variable costs to provide varying quantities of services above the baseline level of support. Thus, the cost structure of an entire department can be said to be a mixed cost. This is also a key concern when developing budgets since some mixed costs will vary only partially with expected activity levels.  Also, it must account for in the budget.

Example of a Mixed Cost