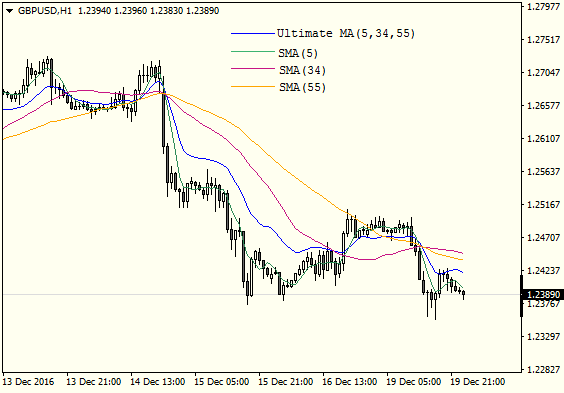 IMHO it follows a trend better than a single moving average, it can also be used as an Entry/Exit signal when crossing a bar or stop-loss level.

A very good alternative to SMA or EMA for those who don’t like clutter. E.g. use one Ultimate MA instead of two/three SMAs (or EMAs).

In this example, it clearly crosses the bar very close to the crossing of SMA(5)/SMA(34).