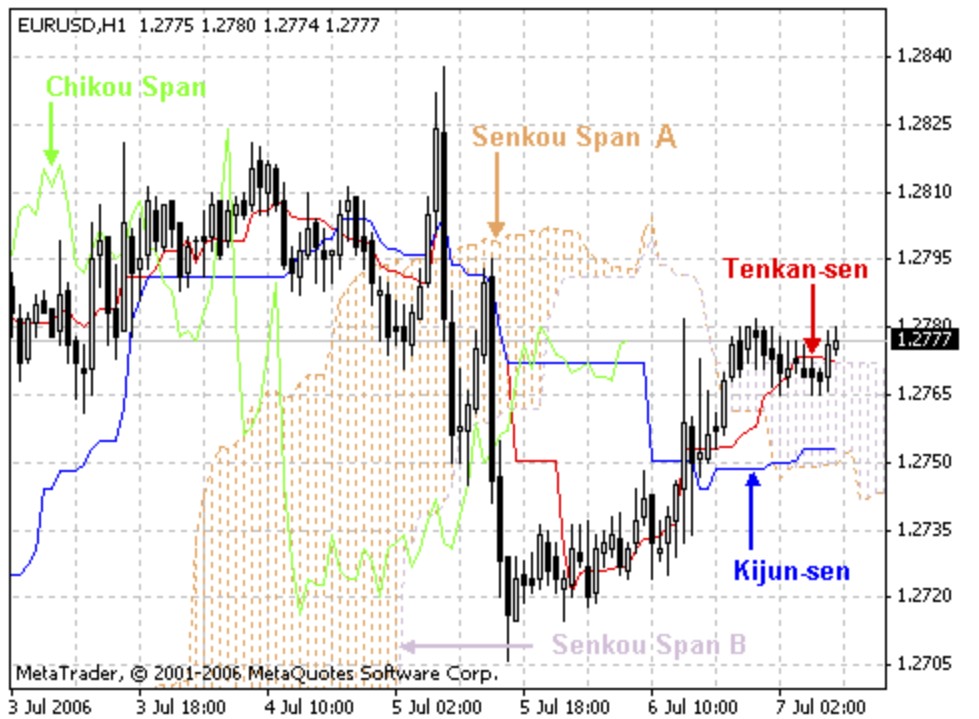 Ichimoku Kinko Hyo Technical Indicator is predefined to characterize the market Trend, Support, and Resistance Levels, and to generate signals of buying and selling. This indicator works best on weekly and daily charts.

When defining the dimension of parameters, 4-time intervals of different lengths are used. The values of individual lines composing this indicator are based on these intervals:

The formula for Ichimoku Kinko Hyois:

Chikou Span shows the closing price of the current candle shifted backward by the value of the second time interval. The distance between the Senkou lines is hatched with another color and called “cloud”. If the price is between these lines, the market should be considered as non-trend, and then the cloud margins form the support and resistance levels.

Kijun-sen is used as an indicator of the market movement. If the price is higher than this indicator, the prices will probably continue to increase. When the price traverses this line the further trend changing is possible. Another kind of using the Kijun-sen is giving signals. Signal to buy is generated when the Tenkan-sen line traverses the Kijun-sen in the bottom-up direction. The top-down direction is the signal to sell. Tenkan-sen is used as an indicator of the market trend. If this line increases or decreases, the trend exists. When it goes horizontally, it means that the market has come into the channel.