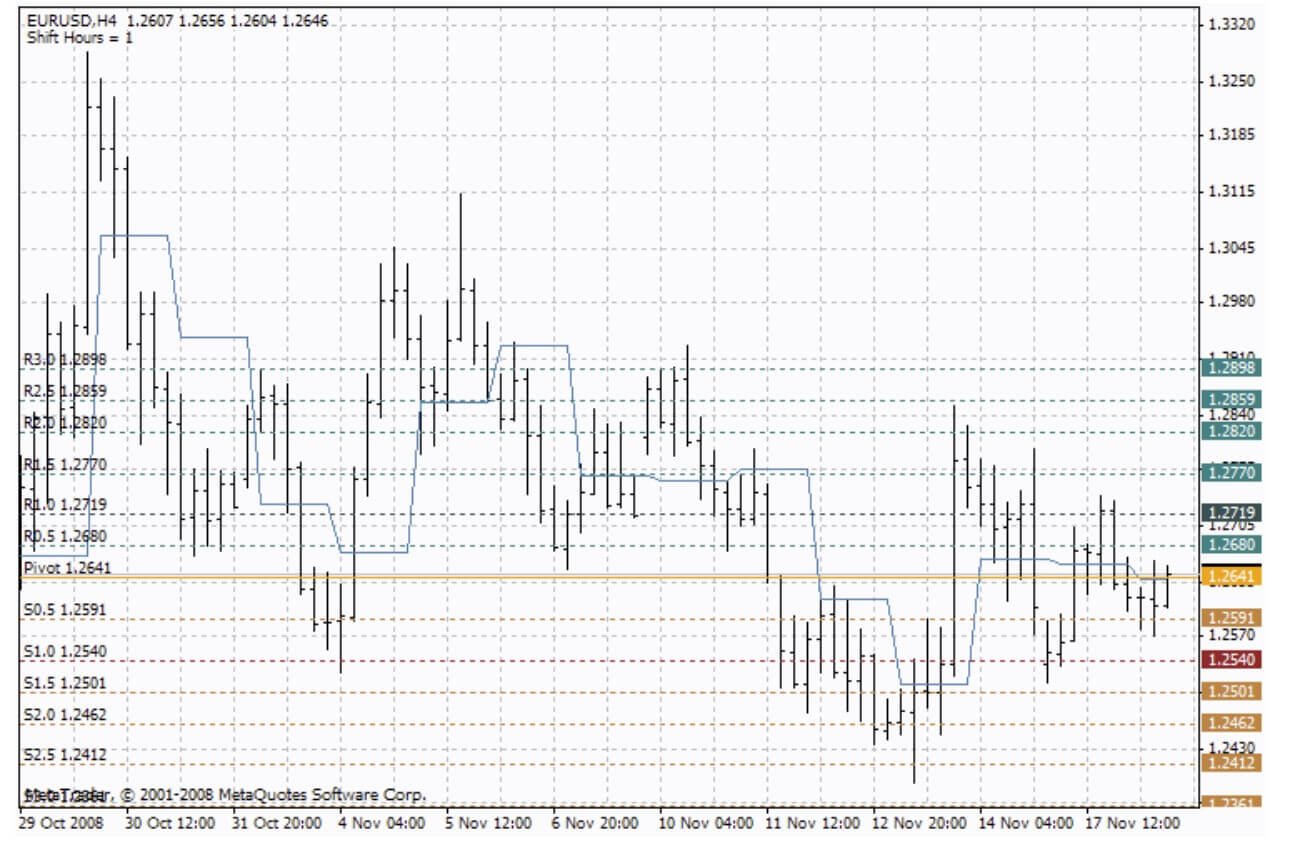 Using the indicator DailyPivot_Shift the main levels can be calculated based on the shifted beginning of the day. Thus it is possible to calculate levels using local time, instead of server time. For example, GMT-8. Also, the DailyPivot_Shift indicator does not take the quotes of Saturday and Sunday during the calculation of levels on Monday.

The DailyPivot Points indicator helps to get the idea of the future market movements, unlike other tools that are usually behind the market. Information that has become available during the previous day is used to calculate reference points for short trends of the current day.

Pivot Point (PP) is the balance point, a level to which the price gravitates during the day. Having got three values of the previous day (High, Low, Close), one can calculate 13 levels for smaller timeframes: balance point, 6 resistance levels, and 6 support levels. These levels are named reference points. Reference points allow easy determination of changes in the short trend. The most important are the following three values: pivot point levels, Resistance1 (RES1.0), and Support1 (SUP1.0). When the price moves between these values, breaks are often to be seen in the movement, even returns.

The technique using pivot points consists in following and detecting probable turns or breakdowns at the price clashing the levels of resistance RES1.0 or support SUP1.0. By the moment of price reaching levels of RES2.0, RES3.0 or SUP2.0, SUP3.0, the market has normally been overbought or oversold, so these levels are mostly used as exit levels.
Register to download
Shares Share on Facebook Share on Twitter