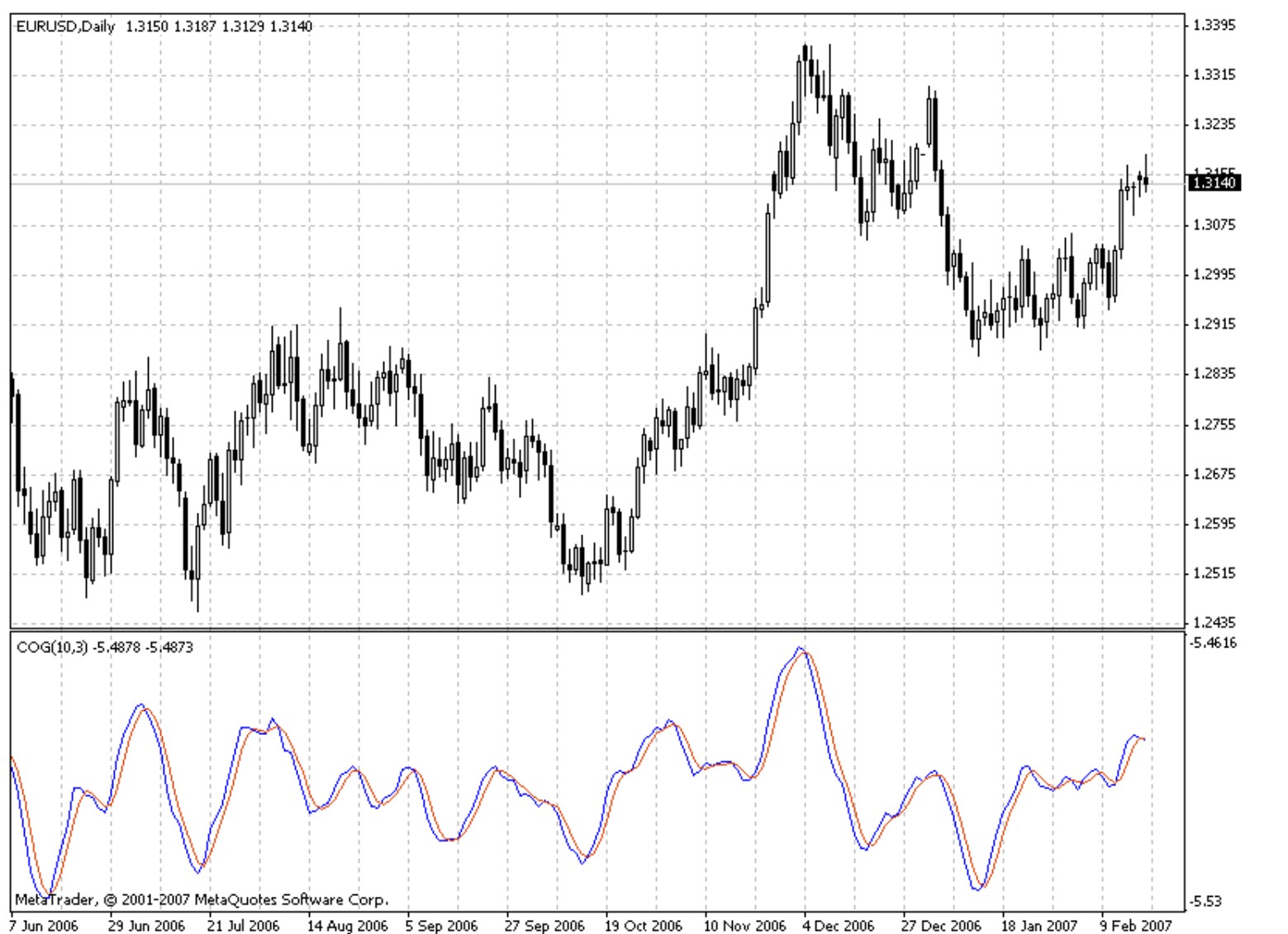 Center of Gravity has a zero lag and allows to define turning points precisely. This indicator is the result of Ehler’s study of adaptive filters.

The indicator Center of Gravity allows identifying main pivot points almost without any lag. The idea of calculating a centre of gravity appeared from the investigation of lags of different filters with the finite impulse response (FIR) following the relative amplitude of filter coefficients. SMA (Simple Moving Average) is an FIR-filter, in which all coefficients have the same value. As a result, the centre of gravity of SMA is the exact centre of the filter. WMA (Weighted Moving Average) is an FIR filter, in which the last price change is weighted through the filter length, and so on.

The most famous of such FIR filters is the Ehlers filter that can be presented the following way:

The Center of Gravity is calculated as Ehlers filter using the formula: